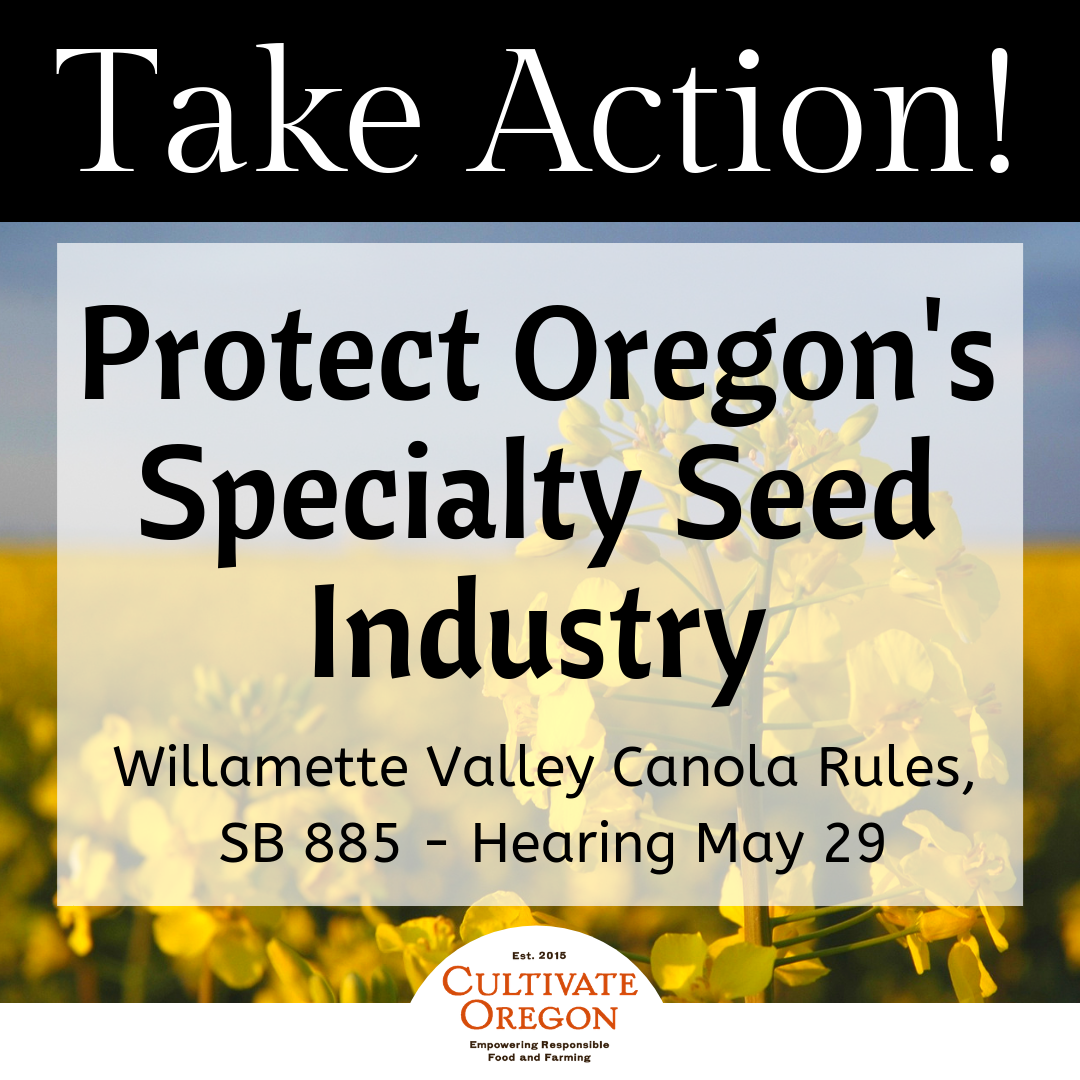 The 500 acre cap on canola production in the Willamette Valley sunsets July 1. Additional canola acreage could have disastrous effects on Oregon’s specialty seed industry through increased pest and disease pressures, as well as genetically engineered (GE) and other cross contamination.

Cultivate Oregon is actively working to protect Oregon’s farmers and seeds by lobbying in support of SB 885, the bill to maintain the 500 acre canola cap, as well as requesting that ODA strengthen the agency’s proposed canola rules, which do not offer enough protections against GE and other contamination.

Cultivate Oregon is looking for members of the seed community to come to Salem on May 29 to speak to why allowing more canola into the Willamette Valley is a bad idea. Funds are available to cover reasonable travel costs. If you or someone you know would be willing and able to come to Salem, please contact us.

TAKE ACTION! Review Friends of Family Farmers excellent template for submitting testimony and/or talking points if you can testify in person. 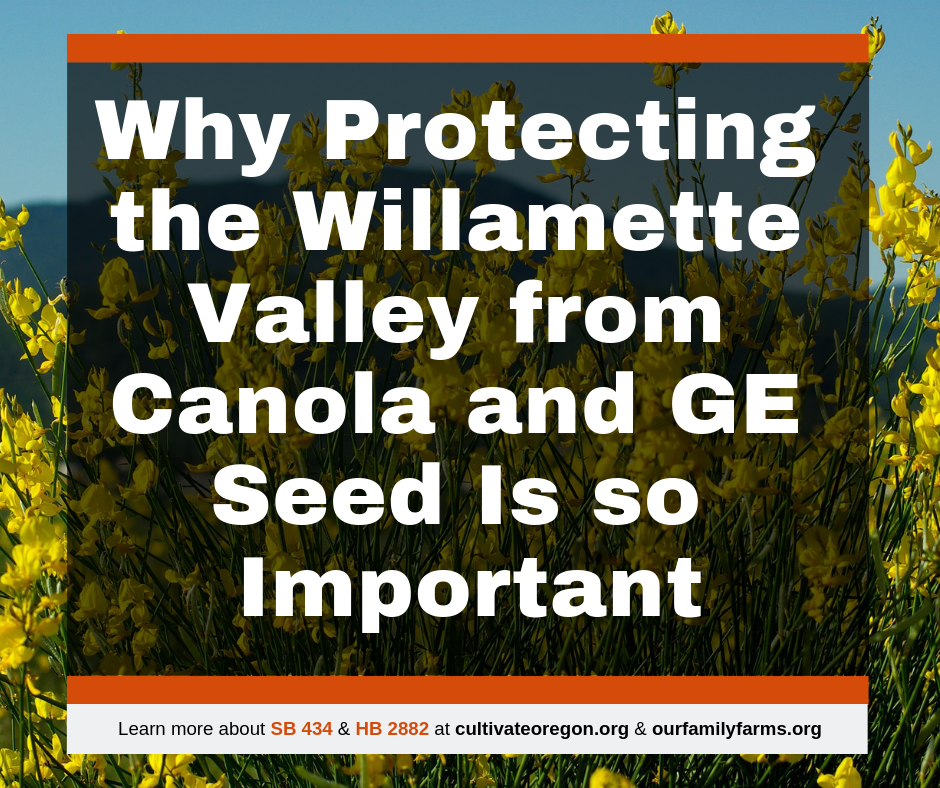 Oregon is one of the top five specialty seed growing regions in the world. This unique heritage should be protected and expanded. Unfortunately, the potential introduction of thousands of acres of canola could threaten this legacy, as can further genetically engineered (GE) contamination. Other seed growing regions that have allowed extensive canola cultivation have experienced reductions in the varieties of specialty seed crops that they can grow, as well increased cross contamination issues. For example, radish seed can no longer be grown in Europe—only Oregon and New Zealand
Large-scale canola cultivation poses unique threats to the specialty seed industry in Oregon for several reasons: