$10 suggested donation at the door. Amy van Saun from Center for Food Safety will be speaking at the PDX event, and a representative from Cultivate Oregon will host a Q&A section at the Hood River event. Please stay for the talks and Q&As, and find our table to learn more about this years legislation from our coalition partners and friends.

Modified is the award-winning new documentary about the filmmaker and her mother embarking on a very personal and poignant investigative journey. Shot over a span of ten years, the film follows the ongoing struggle to label GMOs, exposing the cozy relationship between the biotech industry and governments. The film is anchored in the intimate story of the filmmaker's relationship to her mom, a prolific gardener, seed saver, and food activist who battled cancer while the film production was underway. Interweaving the personal and the political, the film uses family archives, animations, and mouth-watering vignettes from the filmmaker's award-winning PBS cooking show to create a moving account of family legacy, grassroots activism, and the journey for a more sustainable and transparent food system. Details about the film: www.modifiedthefilm.com 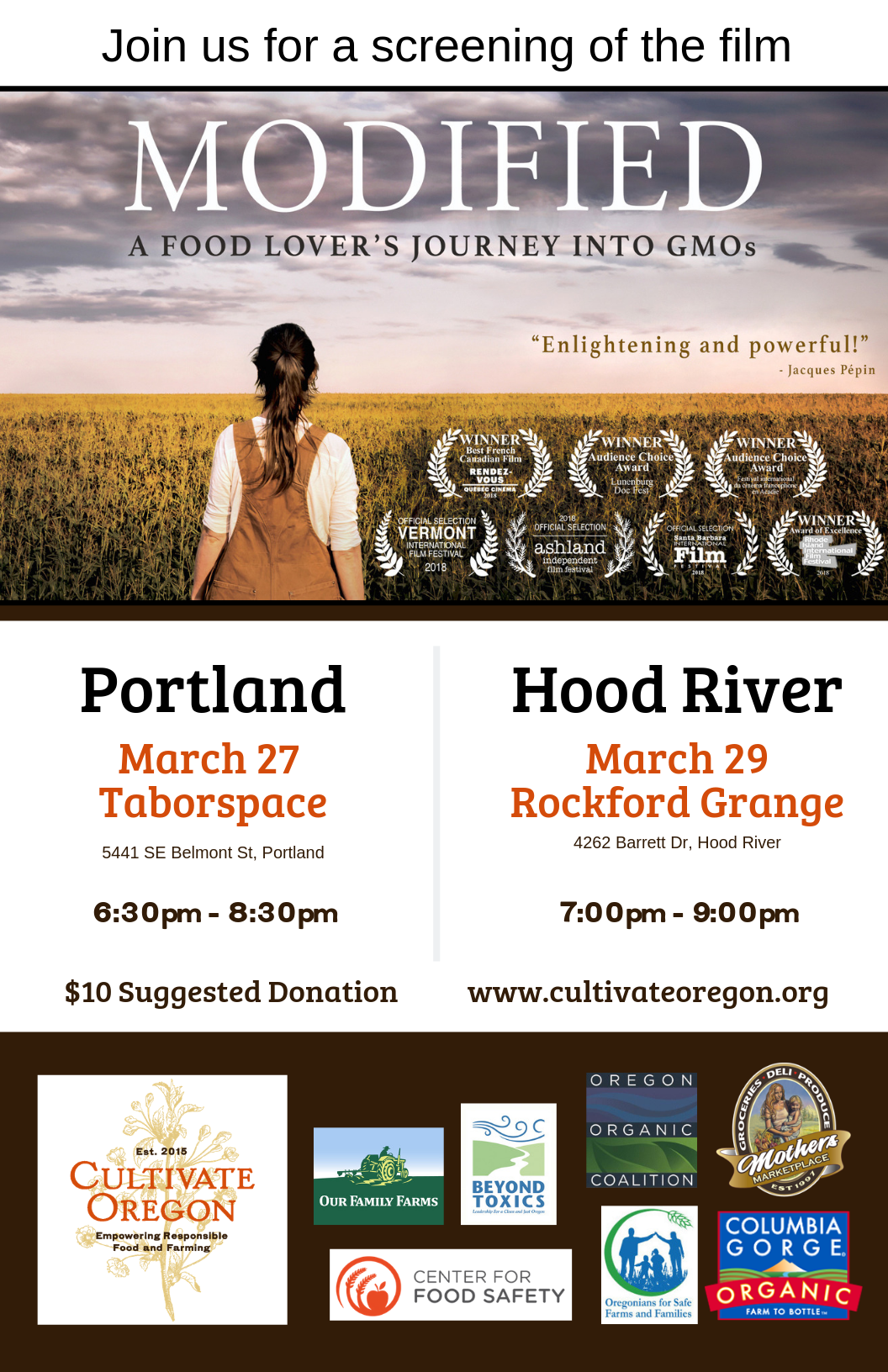