Our Fall Newsletter is here! -- with some minor corrections. If you're not on our mailing list yet, you can sign up here to start receiving our quarterly newsletter.

Hello! It’s been awhile since you last heard from us, but Cultivate Oregon’s volunteer Steering Committee has been at work furthering our mission of championing regenerative agriculture and protecting traditional seeds from genetically engineered (GE) contamination. Below you’ll hear about what we’ve been up to and what we have planned. As we continue to grow we invite you to join us —we’re currently looking for additional volunteers and supporters. Feel free to be in touch or let us know that you want to volunteer at [email protected].

Along with our coalition partners, Cultivate Oregon participated in the 2017 legislative session in Salem. The coalition put forth two pieces of legislation aimed to address GE issues—H.B. 2739, which also had a Senate version, S.B. 1037, and H.B. 2739. Thank you to those who responded to the action alerts that we sent out—especially those that sent in personal testimony and traveled to Salem with the coalition. We were recently reminded by a legislator that while form letters can be useful, personal constituent testimony is truly what makes a difference.

As some background, in 2014, voters in both Josephine and Jackson counties, by significant majorities, passed ballot measures to ban the cultivation of GE seeds. However, during the 2013 special summer session, Oregon legislators included the GE seed issue in legislation (S.B. 683) that was used as leverage to pass the “Grand Bargain” related to PERS (retirement) issues. As part of this political compromise, which was otherwise unrelated to agriculture, S.B. 683 put into place a statewide prohibition that prevents any county or local jurisdiction from regulating GE seeds. (If Multnomah County voted to ban the cultivation of GE seeds, it could not go into effect.)

The Jackson County vote was fortunately exempted from S.B. 683 because the ballot initiative was filed by January 13, 2013—a political carve out made during the bargaining process. But Josephine County wasn’t included, and as a result, the county’s 58% affirmative vote was barred from going into effect simply because their citizen’s initiative was filed at a later date.

The coalition decided to pursue a legislative fix.

H.B. 2739 and S.B. 1037, the “Local Control” bills, sought to overturn this preemption to correct the disenfranchisement of Josephine County voters, and restore the right of Oregon counties to make choices about their agricultural needs. While the bills were assigned to committees, Rules and Environment & Natural Resources respectively, they did not pass. Opponents declined to restore local control, nor honor the vote in Josephine County, because of concerns about a “patchwork” of regulations throughout the state. However, the same opponents have failed to support any meaningful advances to statewide regulation.

In light of this discrepancy—no local control and no statewide legislation—the coalition also sought to create independent protection from GE contamination for Oregon farmers.

The aim of H.B. 2739, the “Liability” bill, was to implement a mechanism to aid farmers whose crops become contaminated by GE technology. The first-of-its-kind bill sought to put the liability for GE contamination on the patent holder of the contaminating seed, not the farmer who planted it. Since Oregon has no statewide regulation of GE crops, and has disenfranchised all counties (except Jackson) from making decisions about GE farming, conventional and organic farmers whose crops are contaminated have no simple recourse. If an organic farmer’s crop is contaminated, it can no longer be sold, and most farmers cannot afford to pursue legal remedies for such harm. Further, since one-way GE contamination often cannot be eradicated, the harm to an organic farm can be permanent. H.B. 2739 also was assigned to committee, Rules, and received a hearing, but was never voted on and died at the end of the busy session.

The opposition purports that GE contamination is not an issue in Oregon, and therefore, until there is a problem, there is no need for liability. However, there have been instances of GE contamination in Oregon; wheat in 2013, as well as ongoing GE bentgrass contamination that is the result of an escape from a GE field trial. The bottom line is that GE farmers should not be able to contaminate other farms with impunity and we will continue to advocate for protections from GE contamination. 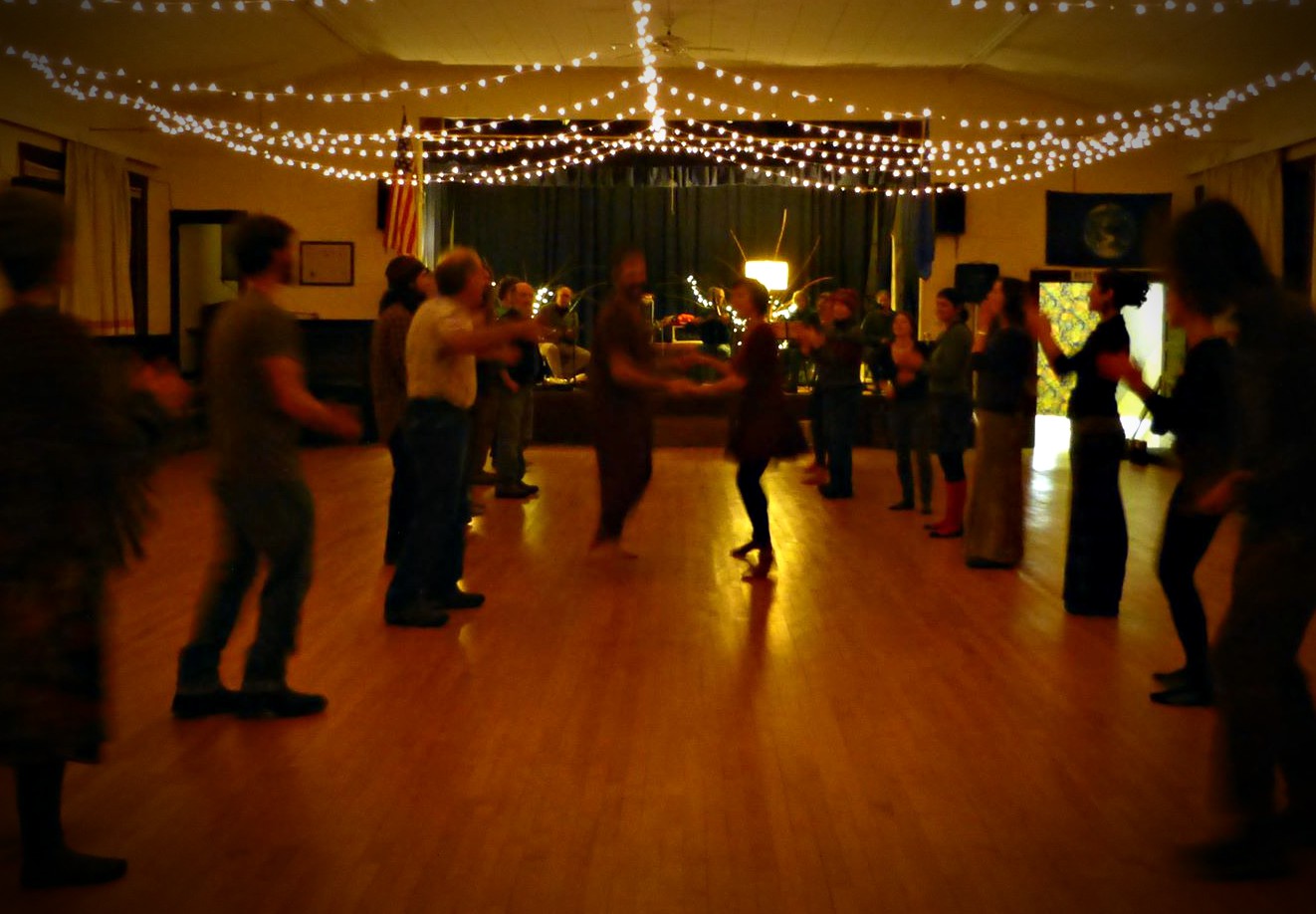 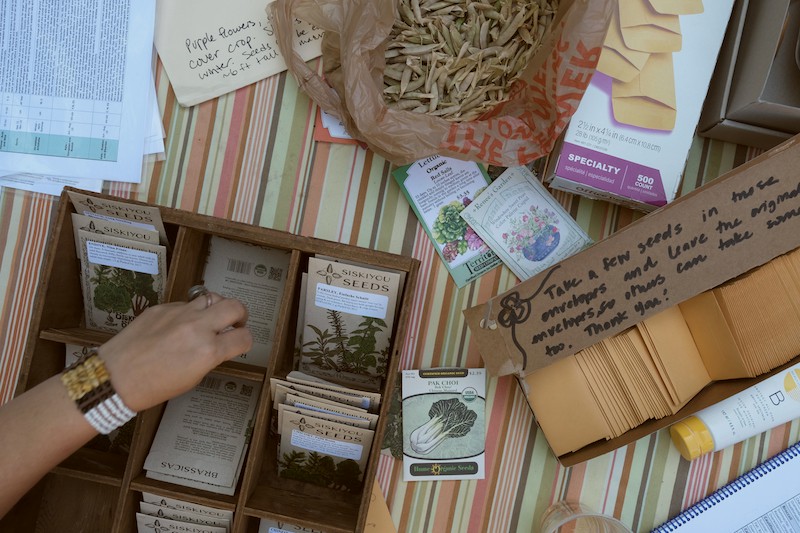 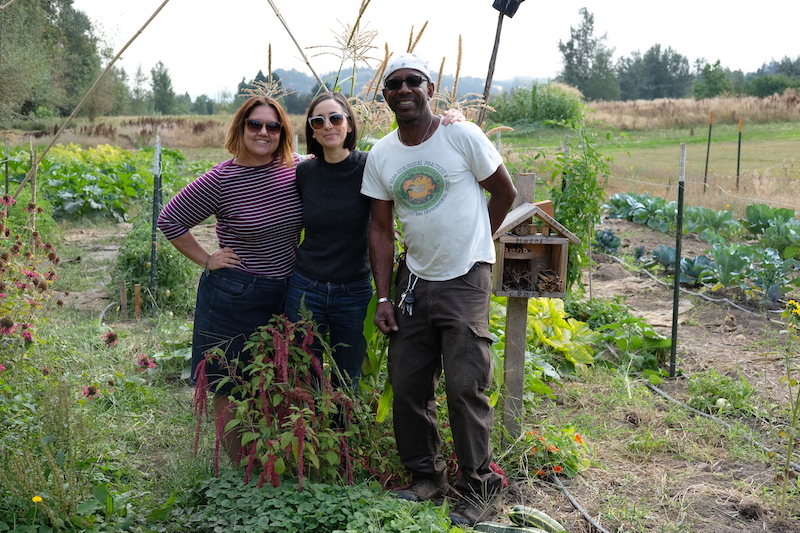 Thank you for reading and we look forward to connecting with you soon. Lastly, as part of our long-term planning, we are looking for grant and foundation money, and part of this process includes upgrading our website. Please consider make a small donation to help up with this project, as well as our legislative and event outreach. Donate here.

Two bills that would have allowed local governments in Oregon to regulate genetically engineered crops have both died in the legislature.

Lawmakers prohibited most local governments from restricting seed in 2013, but Senate Bill 1037 and House Bill 2469 would have exempted genetically modified organisms, or GMOs, from that statewide pre-emption law.

Sen. Michael Dembrow, D-Portland, said he’s decided to let SB 1037 die during the April 13 meeting of the Senate Environment and Natural Resources Committee, which he chairs.

There are still too many looming questions about the extent of cross-pollination from GMOs and the efficacy of mediation aimed at promoting coexistence, Dembrow said.

SB 1037 would restore counties' rights to protect local farmers' crops from harmful effects of GE crops. These rights were stripped in the 2013 special session with the passage of SB 863 (replacing SB 633) which created statewide preemption, prohibiting Oregon county and city governments from passing measures regulating the use of seed.

Passage of SB 1037 would provide a legislative fix for Josephine County and protect their GE crop ban passed in 2014 (Measure 17-58). Jackson County also passed a GE crop ban (Measure 15-119), but was not effected by the statewide preemption.

If this bill passes, Josephine County can join Jackson County in protecting their farmers and seeds from GE contamination, and would make Josephine County the 9th GE FREE ZONE in the United States.

Stay tuned for more updates, news, and insights from us and our friends. We also want to send a huge thank you to everyone that showed up at the hearing, submitted testimony, and shared our actions! Every little part you do makes a huge difference! Our Family Farms, Center for Food Safety, Friends of Family Farmers, Oregonians for Safe Farms and Families. 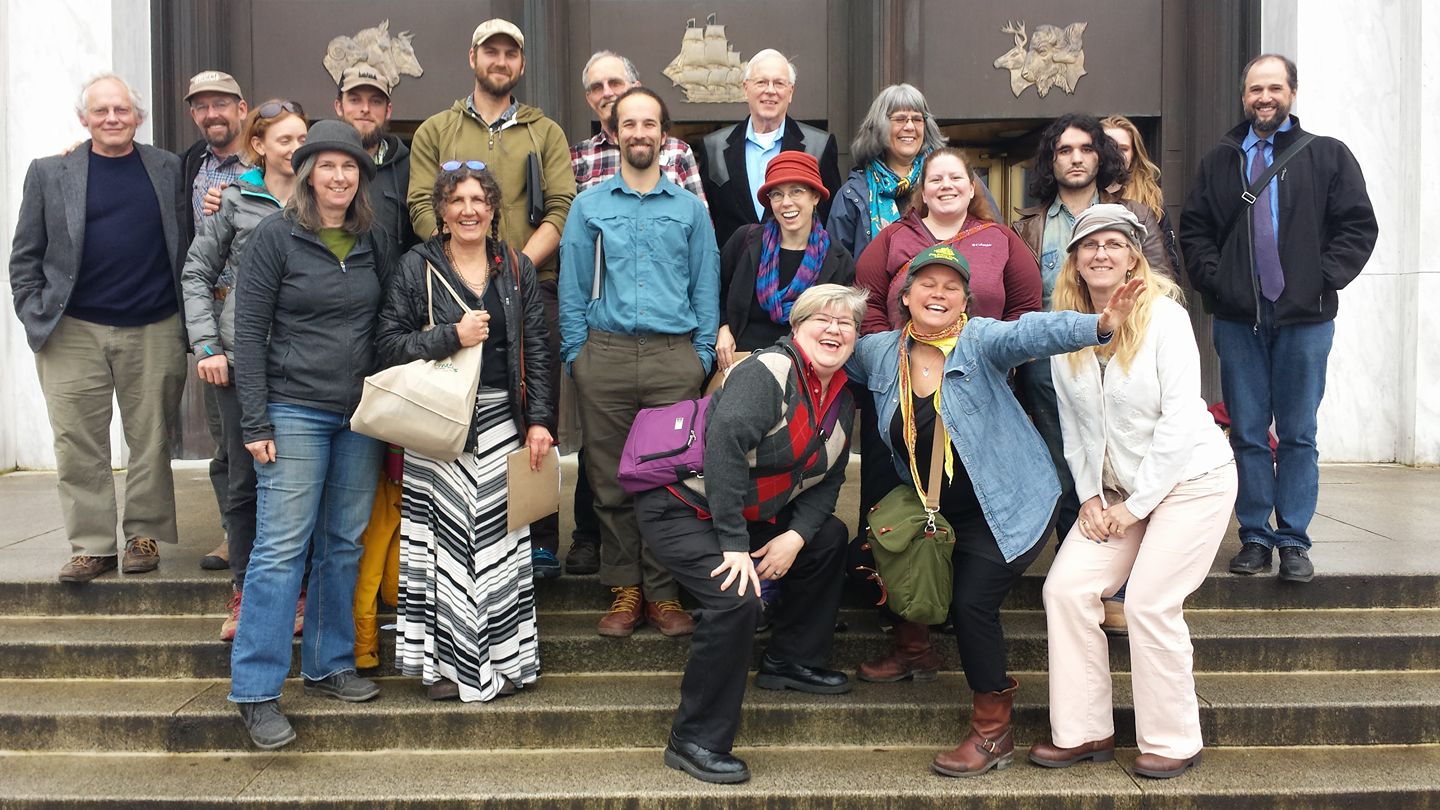