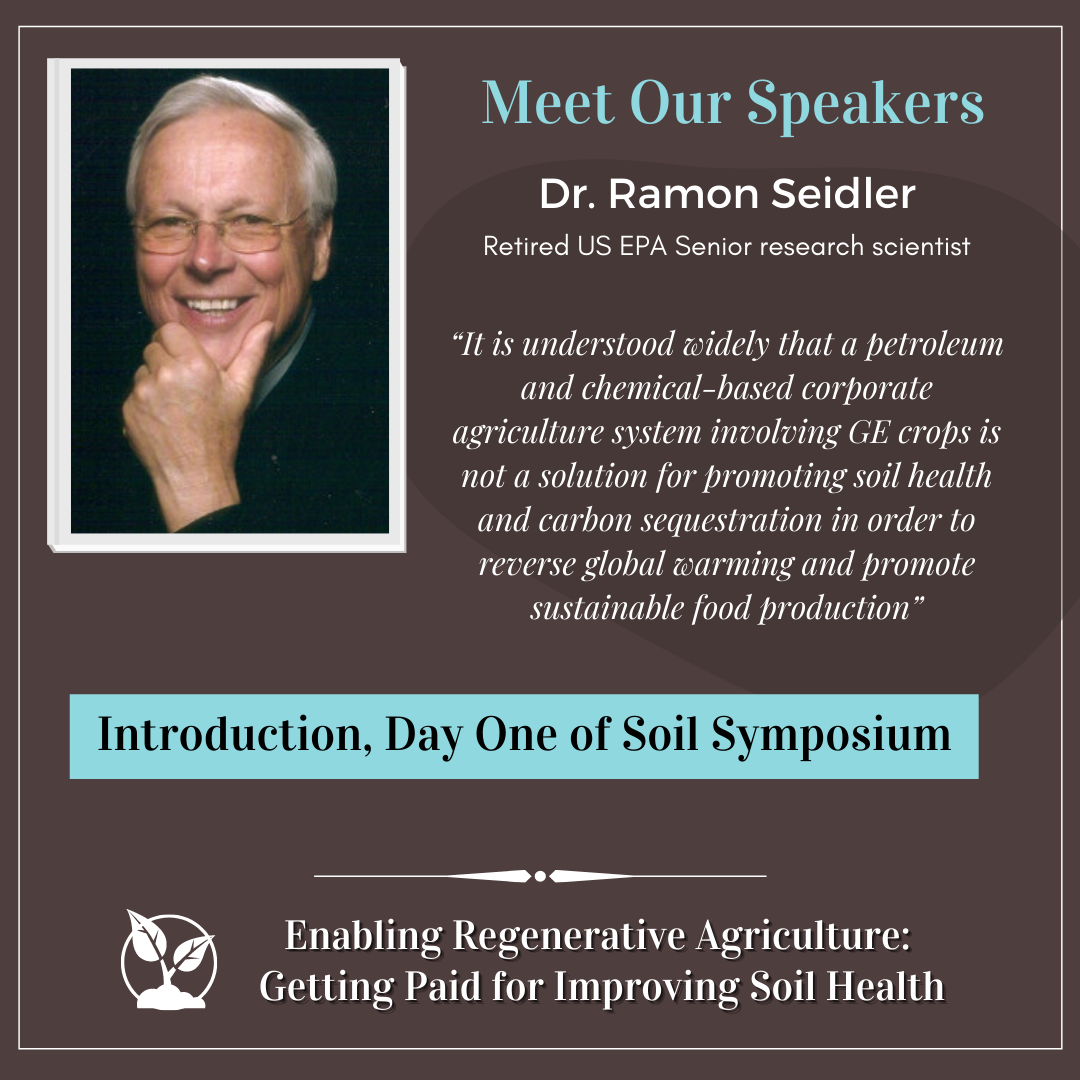 Dr. Ramon Seidler did not discover his love for biology until he entered college. He graduated from California State University at Northridge with a B.S. in Biology and received his Ph.D. in Bacteriology from the University of California at Davis. He conducted DNA molecular biology research at the Texas Medical Center in Houston for two years supported by a National Institutes of Health Fellowship then joined the Microbiology faculty at Oregon State University. He left academia in 1985 and joined the U.S. Environmental Protection Agency as a senior research scientist where he studied the risks associated with the environmental release of genetically engineered organisms.

Key Professional recognitions: twice received National US EPA Bronze medal awards for service and research recognition; Listed in the International Biographical Centre of Cambridge England list of the 2,000 Outstanding World Scientists of the 20th Century; elected to Phi Kappa Phi honorary, listed in Who’s Who in Science and Engineering, one of 3 founding editors of Molecular Ecology, a science journal dedicated to cutting edge research in this field.

It is understood widely that a petroleum and chemical-based corporate agriculture system involving GE crops is not a solution for promoting soil health and carbon sequestration in order to reverse global warming and promote sustainable food production. -Dr. Ramon Seidler

“While selling more pesticides makes good business sense for the pesticide industry, for farmers and consumers it means increasing exposures and potentially serious environmental and health impacts. Little or no toxicological data are publicly available on the combined effects of glyphosate-based weed killers when mixed with these other known toxic pesticides. This situation should worry everyone." -Dr. Ramon Seidler

The time for glyphosate-based herbicides like Roundup is over. -Dr. Ramon Seidler